Maria has conducted numerous cases particularly in the Principle Registry of the Family Registry over the years and regularly advises on all aspects of matrimonial problems and disputes.

Maria is regularly instructed in all aspects of ancillary relief. She is currently involved in an appeal at the High Court concerning a husband appealing a Pension Order made in 2005 having obtained leave to appeal on 17 December 2014

Maria undertakes all aspects of criminal work , she conducts  cases both in the Crown & Magistrates Courts involving a wide range of offences.

Also, she regularly advises on potential claims against the Home Office for unlawful detention/false imprisonment to seek release and/or compensation arising from detention under immigration powers.

In relation to employment law, Maria has appeared in the Employment Tribunals, the Employment Appeal Tribunal and the High Court. As well she represents regularly Claimants on a Pro-Bono basis on:

By way of example Maria has recently been involved in substantial cases dealing with:

Maria is licensed to receive instructions direct from clients  ie; Members of the public may come directly to the Barrister without going through [or incurring the cost of] a solicitor for advice. The Barrister [if they consider it appropriate] can conduct the case without the additional expense or services of a solicitor. 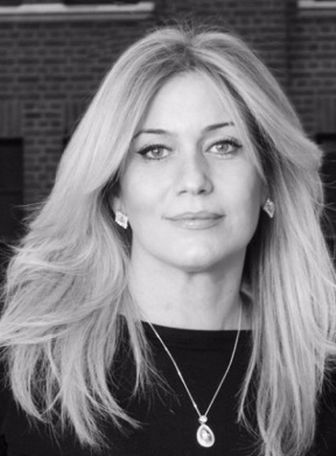 Maria came to England from Spain as an adult , she established a successful business  with several outlets in central London which initiated her interest in law. She was Called to the Bar at Lincoln’s Inn in 2006.

Maria’s practice is very diverse. For the last 8 years under the hospices of St.George’s Cathedral in  Southwark London (SE1)  Maria has run every Thursday from 10 am to 2 pm a highly regarded and well respected Pro-Bono legal clinic at Cathedral House  St. George’s Cathedral advising the disadvantaged and non-english speaking Latin American community on immigration, crime, housing, family and employment matters.

This has proved extremely popular and successful and has assisted numerous people, who cannot afford solicitors and would otherwise have no legal advice or assistance.

Maria is on the list of the preferred lawyers recommended by the Spanish, Colombian and other Latin American consulates in London.

Maria concentrates in advising and representing the disadvantaged communities within the context of Human Rights and social equality.  Examples include: –